A history of this group started in 2006 when Arminas and Raimondas founded two companies: Agromeril (Estonia) and Agrosfera (Latvia).
One more companie was founded and joined the group in 2009 - Agrosfera (Lithuania).
In 2015 a new SORTEX factory was opened in Vidukle, Lithuania.
In 2018 a silo storage warehouse with a capasity of 17 000 tons was opened in Lithuania.

Total employees of the group: 60
Locations: 8 across 4 countries
Turnover: more than €45 million

Group mission and vision:
Our environment dictates what we do and what we are strive for.

We believe the following trends are key in shaping the industry:

• Rising demand for food: the world’s population and standards of living is increasing around the world while arable land remains almost the same resulting in larger amounts of agricultural products produced in each area.
• Evolution of agriculture and food industry practices in the Central and Eastern Europe: the region is evolving in terms of efficiency of production and quality of its agricultural products and is on course to realize its potential as a key player in the global supply chain.

OWNERS
Agromeril owners are well known in Grains and Fertilizers business between agriculture players in North Europe and MENA countries.
For the past 5 years Arminas and Raimondas as a CEO of Agrosfera Lithuania and a CEO of Agrosfera Latvia organized and executed export of pulses and grains to the countries of European Union, Middle East, North Africa and Asia.
Mr. Arminas Kildisis also organized wholesale trading of faba beans in MENA region (Egypt, Sudan, Saudi Arabia, Oman, UAE, Morrocco) and yellow peas in Asia (India, Pakistan, Nepal, Bangladesh).
For the past 13 years Mr. Raimondas Zdancius has led a team of experts trading Grains, Pulses and Fertilizers. He has a lot of experience supplying products from many different countries around the world (especially from Russia, Ukraine and Kazachstan) and finding the lowest price for the best quality. He is an experts in trading and logistic service.
Since 2006 both owners of the companies have a very close cooperate with Lithuanian Grain Growers Association, Lithuanian Rapeseed Growers Association, Lithuanian Confederation of Industriualist (member since 2009). From 2012 to 2017 Mr. Arminas Kildisis was the Vice-President of Lithuanian Association of Agricultural Cooperatives.

Agrosfera has been certified since 2012 by ISCC, in 2014 - by GMP+. In 2011, 2012 and 2013 Agrosfera was awarded with "The COUNTRY Leader TOP 1" certificate issued by CREDITINFO 2015.
Agrosfera is in TOP 5 of the "Fastest growing Private Companies in Europe" as per INC.5000 Europe 2015, Barcelona (Source: http://www.inc.com/profile/uab-AGROSFERA).
Agrosfera was recently awarded with "Winner of "Gazele 2015"" by the Lithuanian President Dalia Grybauskaitė (Source:http://www.delfi.lt/verslas/verslas/d-grybauskaite-apdovanojo-2015-metu-lietuvos-
gazele.d?id=70260260). 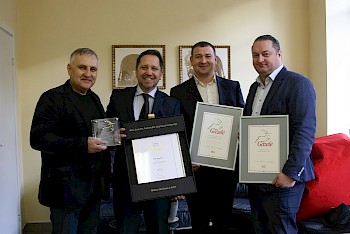 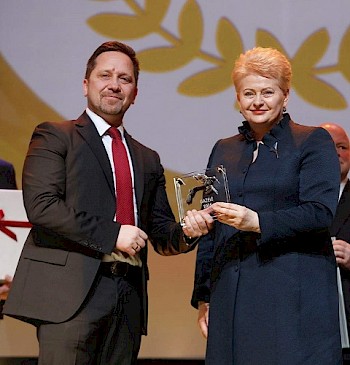 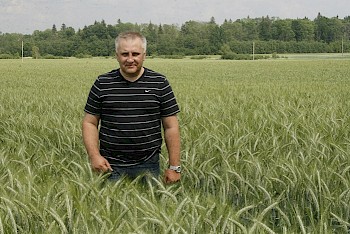 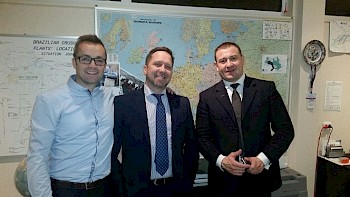 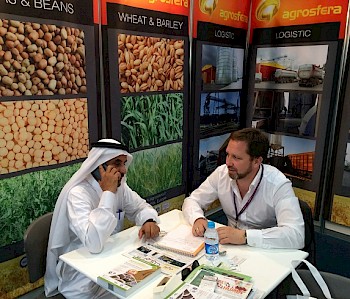 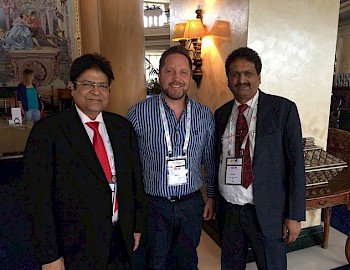